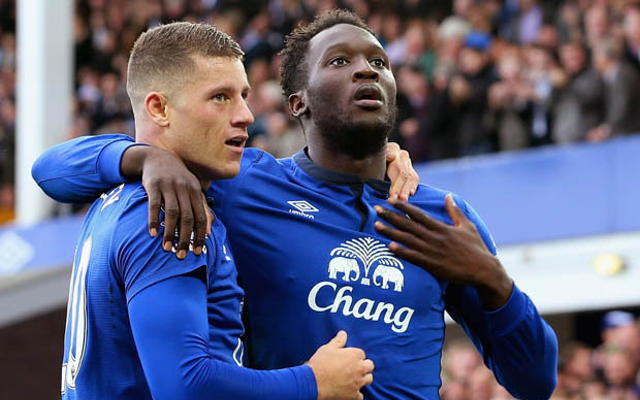 Atletico Madrid could be lining up a surprise summer bid to sign Everton striker Romelu Lukaku as a replacement for Wolfsburg target Mario Mandzukic.

The Spanish champions face a potential crisis upfront if they lose their star striker, with the Croatian international linked with a return to the Bundesliga after a successful first season in La Liga.

Wolfsburg’s fine form in Germany this season could see them land the former Bayern Munich man, who himself was brought in as a replacement for Diego Costa at the Vicente Calderon last summer.

With Atletico possibly set to lose big players again, they now hope to improve their strike force with the purchase of Lukaku, who has long been regarded as one of the best young strikers in the world.

The Belgian international didn’t make it at Chelsea, but has shone at Goodison Park, firstly in a loan spell with the Toffees last season and then this season after a permanent transfer from the Blues.

Still, The Sun now reports that he may head to Atletico at the end of this season.