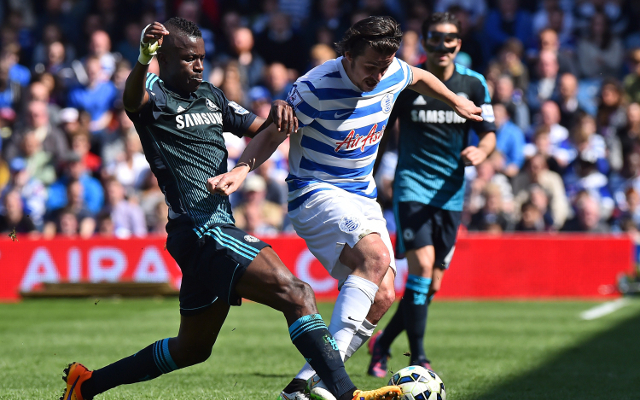 Chelsea’s Brazilian midfielder Ramires has taken to Instagram in the aftermath of the vital win against neighbours Queens Park Rangers in the West London derby on Sunday afternoon.

The Blues left it very late to nick all three points as Cesc Fabregas struck with just three minutes to go at Loftus Road, to ensure their seven point lead at the top of the table remained in tact.

Now with just seven games to play for the Stamford Bridge outfit, they require just four more wins to clinch a first Premier League title since 2010 and they remain on course to  become the most dominant champions in the competition’s history.

It would take an almighty collapse from here on in to deny John Terry from lifting the crown at the end of the season and they face Manchester United next Saturday knowing that a win would give the West Londoners at least a 10 point cushion, with Arsenal not in league action.