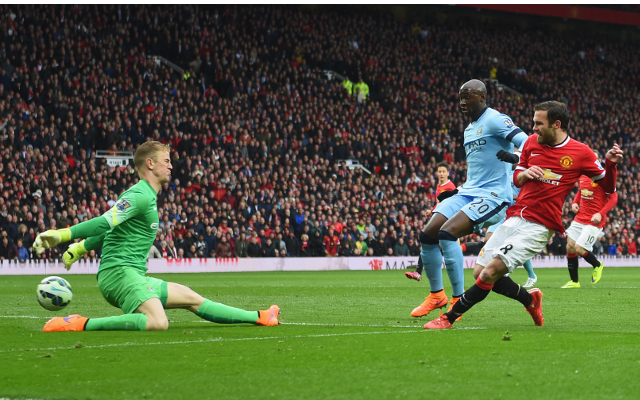 Juan Mata has become the latest Manchester United player to take to social media after a brilliant performance and result against rivals Manchester City to end a run of four straight derby defeats.

The 4-2 win at Old Trafford was Man United’s sixth consecutive Premier League victory and Louis van Gaal’s side are now firmly in the top-four hunt with just six games to play.

Despite falling behind to Sergio Aguero’s early opener, goals from Ashley Young and Marouane Fellaini gave the hosts a 2-1 lead heading into the break

Mata, who has now registered against two of United’s bitter rivals, having bagged a brace against Liverpool, made it 3-1 with a calm finish before Chris Smalling added gloss to the scoreline.

Here is how the Spanish playmaker reacted to a great win for all those connected with the red half of Manchester: