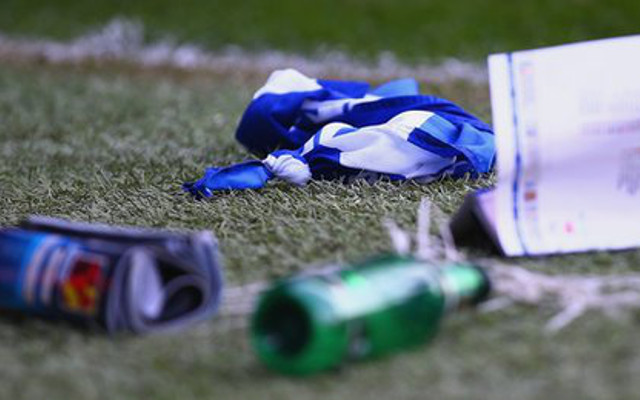 Spanish international Cesc Fabregas and his team-mates celebrated his last gasp winner for the Blues, but as they did so coins and plastic bottles rained down on them as they were thrown from the home support at Loftus Road.

Serbian defender Branislav Ivanovic seemed in pain after being hit by an object from the stands, grabbing his neck in discomfort, but, quoted on BBC Sport, Jose Mourinho said, “The game was correct in the pitch and correct in the stands. It is not easy in an emotional game.”

The Chelsea boss was unwilling to complain about the conduct of the QPR fans, instead making light of the incidents, “If, at the end of the game, someone threw a pound coin, put it in your pocket. If someone threw a chocolate, eat it. It is no problem. Everybody needs a pound.”

Queens Park Rangers manager Chris Ramsey, on the other hand, was quick to condemn the fans who were involved in throwing missiles onto the pitch and said, “We don’t want objects thrown on the pitch.

“I don’t know what happened and I didn’t see it, but if that’s the case [that objects were thrown] we don’t want those people back in the club.”

The 1-0 win put Chelsea seven points clear at the top of the Premier League with a game in hand on second placed Arsenal, while QPR are left in 18th place and two points away from safety.