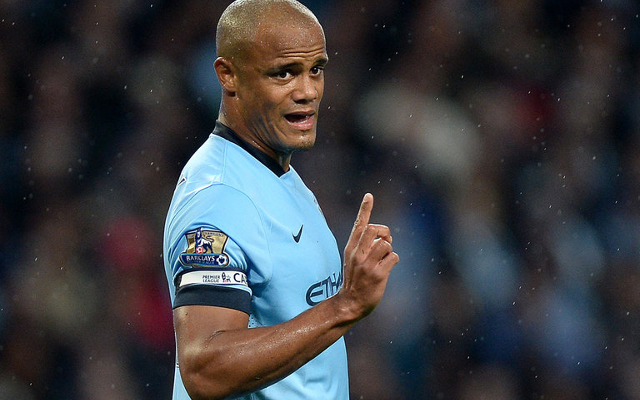 Vincent Kompany has rubbished the criticism Manchester City have faced this season as well as condemning Financial Fair Play in what could be described as a rallying cry of an interview with The Daily Telegraph ahead of the Manchester derby.

City have been condemned by some quarters this season after a pitiful defence of their Premier League title and a quite atrocious 2015 which has seen them slip down the table to fourth whilst dropping out of the Champions League and FA Cup in the early rounds.

But Kompany has come out fighting following a number of weeks of adversity that has seen City lose to the likes of Liverpool, Crystal Palace and Burnley whilst Arsenal and Manchester United have overtaken them in the table.

Whilst Kompany admits that it’s been a disappointing campaign for the defending Champions and says nothing but top spot isn’t good enough, he’s also attacked those who claim the City squad lack the bottle to maintain success.

“If you are in good form and having a good season then people say, ‘Well, it’s experience that got you the trophies.’

“Think of the great AC Milan teams. But if we are in a period like we are now then all of a sudden it’s age that is a problem. For us, we need to think outside of it. We have been not as good as we could and that’s the bottom line. And we need to sort that.

“It’s very simple,” he says. “I always take myself a little bit out of the equation in the sense that when we do win titles I try to make sure I don’t think it’s all because of me. When we do have bad performances I know it’s not all because of me.

“Because I have been through everything. You know, the season when I got Barclays Premier League Player of the Year [2011-12], at the start of the season they were saying ‘the weakest part of the City team is the defence’.”

The City captain also says those who attack the club for their lavish transfer spending are failing to see the bigger picture.

“From the minute where people talked about the investment in Man City, they were happy to criticise and you had that feeling it was us against the world,” said Kompany to The Daily Telegraph.

“Ask me and I felt like this was my project too. I’ve not put my money into it but I’ve put my sweat and blood into it and I’m passionate about it and I want it to succeed as much as the owners want it to succeed.

“I do understand there needs to be regulation but I just wonder what is going to change at the top? When I came to England it was just four clubs at the top. Four. The same top four all the time and that’s changed now.

“This is an academy that is supported to produce the best young players in the country in 10 years’ time, which will have an effect on the English national team as well,” the captain of Belgium says. “People fail to see the bigger picture. I keep going back to the amount of tax being paid by this club also. Surely that has to be good for people?”