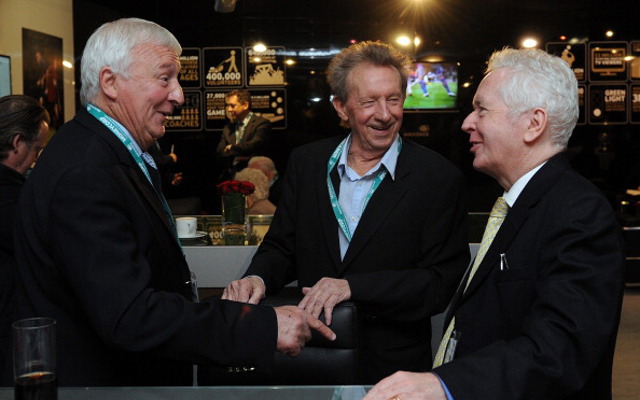 Manchester City have banned club ambassador Mike Summerbee from appearing on the television channel owned by bitter rivals Manchester United ahead of this afternoon’s derby showdown.

According to the Sunday People, former England international Summerbee had been due to take part in a preview of the game on MUTV alongside United idol Paddy Crerand, but Blues bosses feared a PR disaster.

Senior figures at the Etihad Stadium were concerned that Summerbee would add to the growing criticism of manager Manuel Pellegrini and his players, and pulled the plug in the wake of last Monday’s 2-1 defeat to Crystal Palace.

Summerbee, who enjoyed a trophy-laden spell with City in the 1970s, appeared on the same show last season, but has been gagged this time around.

The champions have won four successive derbies but arguably go into today’s trip to Old Trafford as underdogs, in light of the two sides’ contrasting form.

City’s decision to withdraw their own club ambassador from a television feature perhaps demonstrates the mounting tension that has been around the club since results dramatically slumped at the turn of the year.

Pellegrini’s men look to have surrendered their Premier League title and now find themselves battling to simply secure a top-four place, having exited all of the cup competitions prematurely.