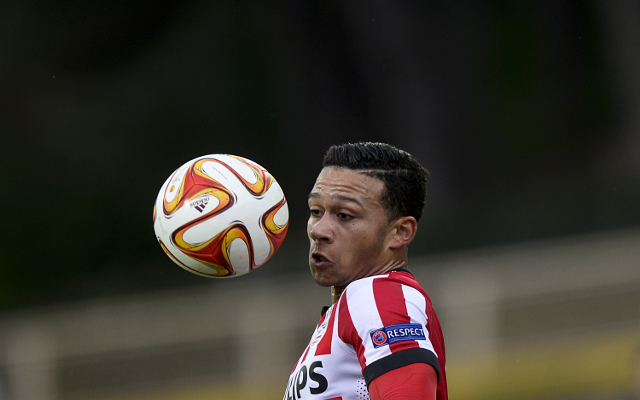 Manchester United believe they have won the race to sign PSV winger and Liverpool target Memphis Depay this summer as they prepare to meet the player’s asking price.

The Red Devils have long been linked with a move for the exciting young Dutchman, who has become regarded as one of the most promising attacking players in Europe in recent times.

Valued at around £25m by PSV, it looks like United will match the Eredivisie side’s asking price for the in-demand 21-year-old, with Liverpool currently unwilling to go higher than £20m to bring him to Anfield, according to the Daily Mirror.

Liverpool could also do with signings in attack after a difficult season following the departure of last season’s top scorer Luis Suarez, and with the Reds’ summer signings Mario Balotelli and Rickie Lambert failing to settle in in their first season on Merseyside.

Still, it now looks increasingly likely that Depay will be heading to Old Trafford in the next transfer window.