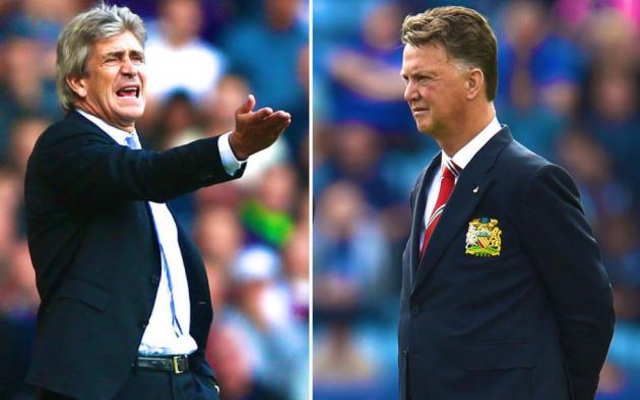 The Manchester derby takes place at Old Trafford this afternoon with both Man United and Man City desperate for the three points in their quest to solidify their position in the top four.

Many wouldn’t have believed a few weeks ago, that Man United would be heading into this game as favourites but that is exactly the case. Louis van Gaal’s men have won five Premier League games in succession, including impressive performances against Tottenham Hotspur and Liverpool, it is therefore no surprise to see the home side relatively unchanged.

SEE MORE: Manchester United v Manchester City live streaming & Premier League preview For Manchester City, it seems as though these final games of the season are defining for the future of Manuel Pellegrini and after losing three in their last five, another defeat is unthinkable.