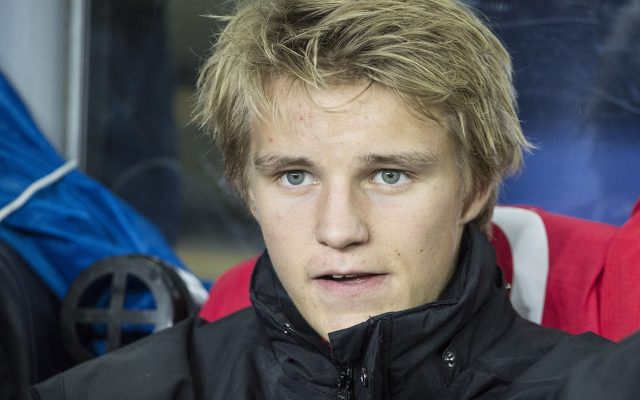 According to Marca, the Castilla side only managed to fight back to earn a 1-1 draw with Tudelano when they substituted the Norwegian just after the hour mark.

The 16-year-old made no impression on proceedings and his latest setback in Spain has sparked concerns that he is simply not the right fit for the pressure cooker environment at one of the world’s most iconic clubs.

Odegaard, who joined the club from Stromsgodset in his homeland in January for £2.3million, was already reeling from being dropped by Zidane for the last two matches.

He was restored to the side today but flopped, and Zidane’s men are said to have looked a much more cohesive unit in his absence, when he was replaced in the 65th minute.

In the battle for a play-off place the team find themselves three points behind fourth-placed Athletic B, with five fixtures remaining this season.