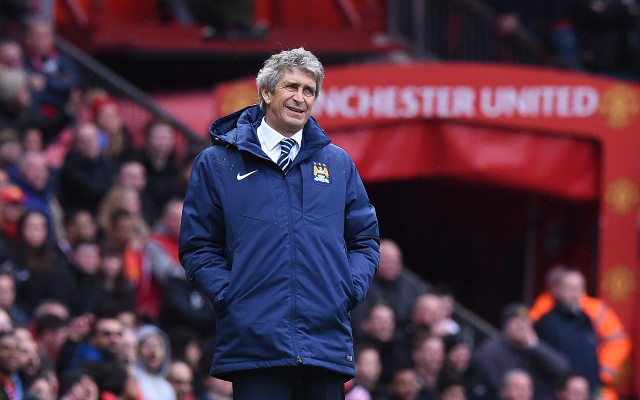 Manchester City went down to another disappointing defeat, to put the final nail in the coffin of any possible Premier League title challenge which was still alive, with a 4-2 loss at Old Trafford to city rivals Manchester United.

Following the final whistle of the match, the dismal showing from the Citizens had Twitter working overtime with fans calling for Manuel Pellegrini’s head. Here are some of the best response:

Manuel Pellegrini trying to save Man City’s season like.. pic.twitter.com/rPbEX6BN7y

10 – Manuel Pellegrini’s flight home to Chile has been booked for 10am tomorrow morning. Adios.

This is the type of performance that could eventually cost a manager his job. Pellegrini crestfallen. Young f-k, Smalling header. 4-1 #mufc — Henry Winter (@henrywinter) April 12, 2015

“Sacked In The Morning” aimed at Pellegrini from Man Utd’s fans…Moyes got similar treatment from Man City’s fans here just over a year ago — Phil McNulty (@philmcnulty) April 12, 2015

Manuel Pellegrini may soon be out of a job, but at least he can put ‘honesty’ on his CV—from today’s Star Sunday. pic.twitter.com/oFFZVwh13S

Furthermore, a manager without a strong personality won’t survive enough in one of the most fierce leagues of the world. #PellegriniOut