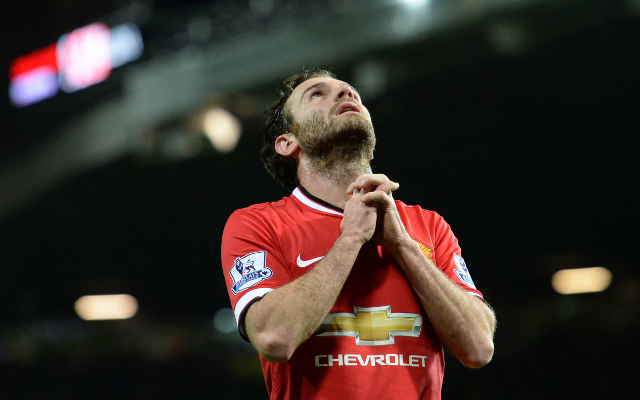 The Red Devils beat the Citizens 4-2 at Old Trafford thanks to goals from Ashley Young, Marouane Fellaini, Chris Smalling, and Juan Mata. Sergio Aguero scored twice for the Sky Blues, but except from the Argentinian they were largely poor throughout the game.

The win has given Louis van Gaal’s side a four point lead over their fourth placed neighbours, meaning they may not even have to play a qualifier to get in to the Champions League next season. After finishing seventh in the last campaign this is a major step forward for the team, and it now seems the fans are on side with the team judging from the atmosphere at Old Trafford.

Mata said: “In the first 10 or 15 minutes City were brilliant but after that we showed character and came back. It was a massive result and everyone from United is happy. The atmosphere was crazy, it’s something we will never forget.”