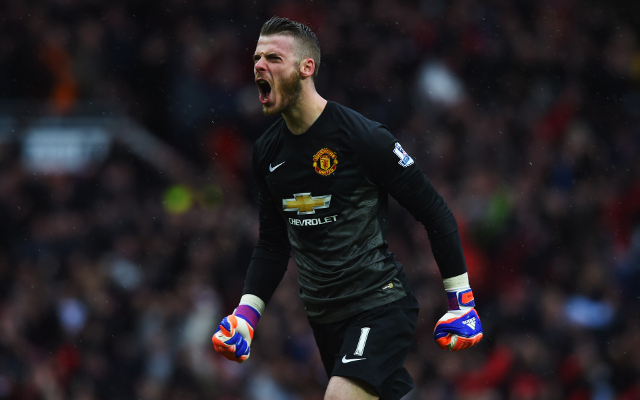 Manchester United continued their stunning form on Sunday evening, seeing off rivals Manchester City in style with a convincing 4-2 victory.

Red Devils goalkeeper David De Gea has taken to Twitter to express how proud he is of the fans and the club after their impressive performance, which resulted in Louis van Gaal’s side close in on second-place Arsenal.

The Spaniard has been heavily linked with Spanish giants Real Madrid (via the Independent) for most of the current campaign, with his contract set to expire at the end of next season, but the statement ‘Proud to be Red’ speaks volumes for the stopper’s affection for Old Trafford.

Here’s what the 24-year-old tweeted:

Manchester United and Louis van Gaal have come under intense scrutiny since taking over in the managerial hot-seat last summer for long-ball tactics, and a perceived mistreatment of disappointing summer signings Angel Di Maria and Radamel Falcao. But a superb second-half of the season has gone towards silencing such critics.