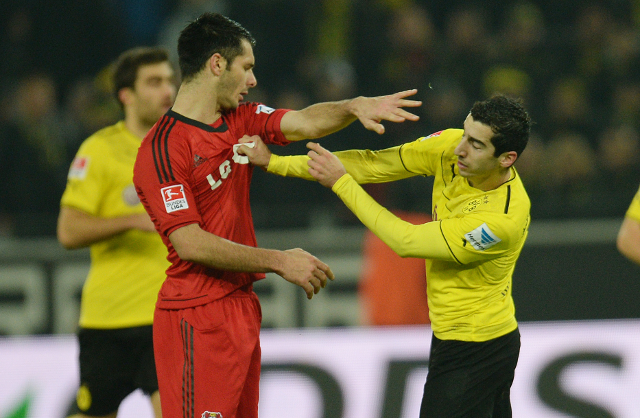 Bayer Leverkusen has terminated the contract of defender Emir Spahic with immediate effect after he headbutted a member of security staff in a fight following their German Cup quarter final loss against Bayern Munich.

The 34-year-old Bosnia-Herzegovina international was filmed fighting with a member of security personnel after his side were beaten 5-3 on penalties against the Bundesliga leaders on 8th April.

Leverkusen managing director Michael Schade said, “The latest revelations from the case last Wednesday leave us no other choice.”

Spahic was clearly regretful after what had happened saying, “I regret my behaviour towards security staff.”

The Bosnian joined the club in 2013 and had accepted the responsibility of his actions, agreeing to terminate his contract immediately  even though it was due to run until 2016.

He had injured his knee in the game, ruling himself out for up to four weeks, and the man whose career has taken him to Lokomotiv Moscow, Montpellier and Sevilla said, “I apologise to the people concerned and their families for my actions.

“I know this has also caused big problems for my club.”

He will be on the lookout for a new club after departing the German side who are fourth in the Bundesliga.