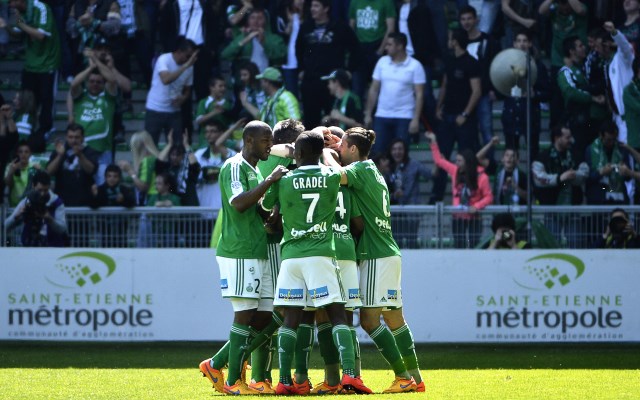 AS Saint-Etienne remain in the hunt for a top-four finish after besting Nantes 1-0 in front of their own fans.

Franck Tabanou bagged his first goal of the season and the only goal of the game as the Stephanois secured a tight 1-0 victory.

The triumph was the perfect way for Christophe Galtier’s side to come back after having outclassed by Paris Saint-Germain in midweek in the semi-final of the Coupe de France.

That defeat was banished by the win over Nantes, but Saint-Etienne were hardly at their best. The Canaries managed nine shots to their six, while the visitors also enjoyed over 56 percent of the possession.

Tabanou settled the match with a picture perfect freekick on 18 minutes that gave Remy Riou no chance.

The left-back was one of the game’s better performers, but was replaced soon after his goal following a clash of heads with ASSE captain Loic Perrin.

The three points keep Saint-Etienne in fifth, only two points off AS Monaco in third and the final Champions League spot.