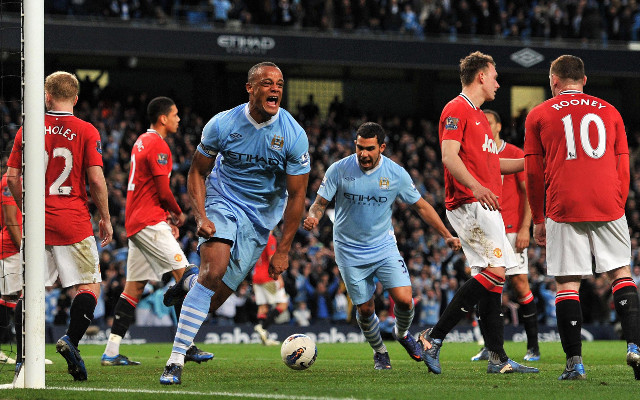 Manchester City captain Vincent Kompany has revealed that his mother told him to reject an offer from Manchester United – and the defender has no regrets over the decision.

According to the Mirror, Sir Alex Ferguson enquired about the availability of Kompany when he was a teenager at Anderlecht – before his mother told him to concentrate on his school work before thinking about a move abroad.

“United asked about me, but I had other priorities at the time. I was studying for my A-levels and my mother made me finish my education before I could concentrate on football,” the 29-year-old revealed.

“But I’ve got to say that everything has played out perfectly for me in my career, ” he added.

“It’s a massive honour to be captain of this club and I can tell you that I feel really good.

“I have put my sweat and blood into Manchester City. I’m passionate about the club and I want success as much as the owners.”

It’s a decision that saw the Belgium international later move to the Etihad Stadium in 2008, where he has captained the team to two Premier League titles – including the first in their history.

Perhaps his biggest career highlight must come in the stunning 6-1 drubbing over Manchester United in 2011 – which was the Red Devils’ worst home defeat since February 1955 – and was the very season they clinched their first ever title as the champions of England.

Sunday afternoon sees Manchester City make the trip to Old Trafford – and having narrowly beaten their rivals 1-0 in November, Manuel Pellegrini’s men will need to be at their best to halt an in-form Manchester United side out for revenge.