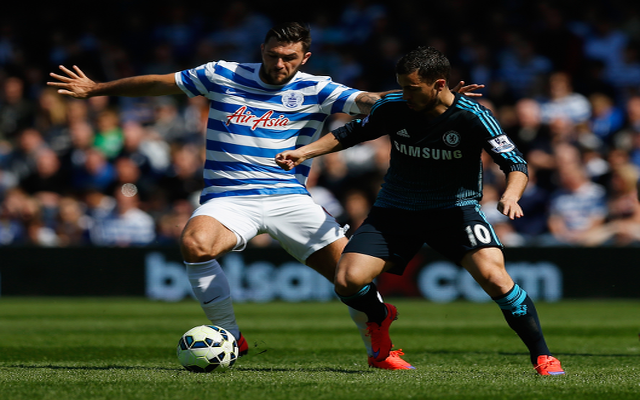 Chelsea wizard Eden Hazard told French television that his teammates can taste success and are almost ready to celebrate their title win after a last gasp winner from Cesc Fabregas gave the Blues a vital win against Queens Park Rangers, Goal reports.

Jose Mourinho’s men extended their lead at the top of the table to seven points following Arsenal’s win against Burnley on Saturday and now only need three more victories to clinch their first Premier League title since 2010.

Without Diego Costa and Loic Remy, the visitors put in a gritted performance to grind out the three points and had Rob Green to thank for his costly error.

“We’re almost ready to start celebrating the title. But it is not finished,” Hazard told Canal Plus.

“In the Premier League we know well that it is always difficult with a lot of points ahead.

“We have two important games coming up against Arsenal and Manchester United. If we win one of those two that would be OK.

“We are close to reclaiming the title, but it is not finished yet – there is more work to do.”

Hazard’s magic down the left created the chance for Cesc Fabregas and the Belgian is strengthening his case in being named the PFA Player of the Year after claiming young player of the year award last time out.