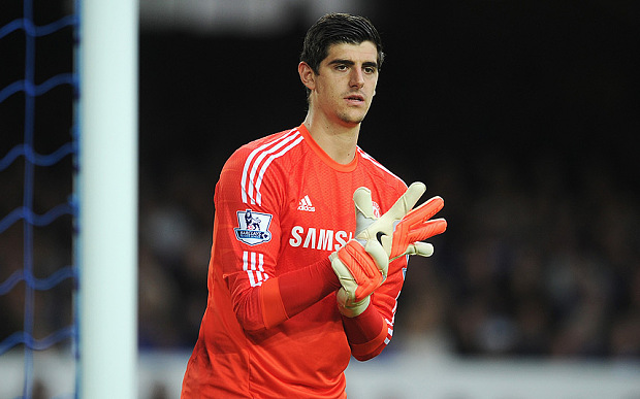 Chelsea star Thibaut Courtois has spoken of his excitement regarding the upcoming fixtures against title rivals Manchester United and Arsenal as the Blues look to clinch their first league title since 2010.

A last gasp winner from Cesc Fabregas extended the Blues lead at the top of the table back to seven points after second placed Arsenal momentarily closed the gap following their win against Burnley.

The Belgian produced a wonderful save from Matt Phillips to keep the scores level at 0-0 before the visitors snatched it at the death and Courtois is now looking forward to the upcoming tests.

“The games against Manchester United and Arsenal are two important games so it will be very important to win them,” the goalkeeper was quoted as saying on BT Sport’s official website.

“But after this feeling today, we have a good feeling to go into the next ones.”

Should Chelsea take maximum points from those two fixtures, then Jose Mourinho’s men could potentially clinch the title at the King Power Stadium against Leicester City at the end of this month.