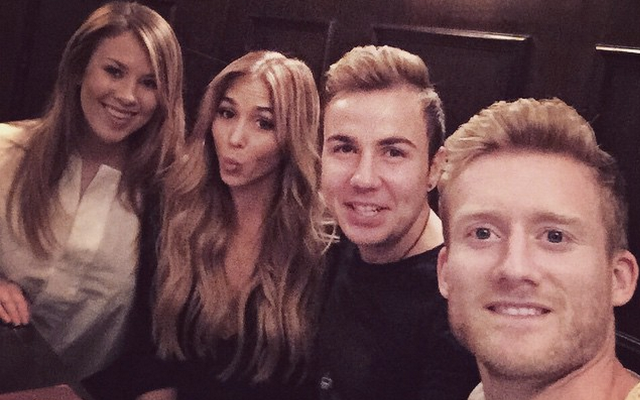 Wolfsburg’s Andre Schurrle and Bayern Munich’s Mario Gotze have put aside their Bundesliga rivalry, as the two German international’s met up for a double date with their partners.

The duo were out celebrating each other’s victories over the weekend, with former Chelsea star Schurrle bringing along girlfriend Montana Yorke, while Gotze was with other half Kathrin Broemmel.

Take a look at the Instagram snap posted by Schurrle below with the caption, ‘Having a good time:)) always good to have good friends around!!’

Gotze has the bragging rights over his international team-mate, with his side boasting a ten point gap over Wolfsburg, as the two battle it out for a spot at the top of the Bundesliga.

Schurrle left Stamford Bridge in January, after failing to secure a regular spot in the starting line-up, with Jose Mourinho viewing the 24-year-old as dispensable to the Blues.

He scored his first goal for Wolfsburg earlier in the month against Stuttgart, and looks to be settling back into the German top-flight.