Following Manchester United’s impressive 4-1 win in the derby against Manchester City on Sunday, it was further proof that the Red Devils hierarchy made the right decision to replace David Moyes with Louis van Gaal – and the stats back it up.

United began the season slowly, losing against the likes of Leicester City and Swansea City in the league, while they were humiliated by MK Dons in the early rounds of the Capital One cup, in fact it took until mid September for van Gaal to register his first competitive victory as manager.

But against the top sides in the league, the Dutchman’s record speaks for itself, just two defeats in eight league games, puts them top of the mini league involving the top six by four points.

This season they have done the double over Liverpool, and have registered wins away from home against Arsenal and Southampton, in comparison to his predecessor Moyes who could only lead United to just a single win against the current top six.

Look at how both managers compare when it come to the big matches: 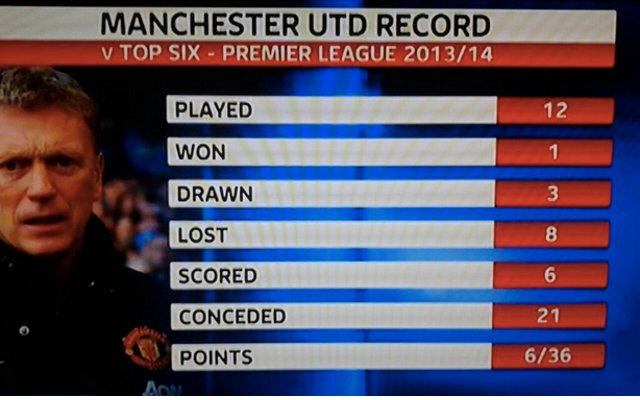 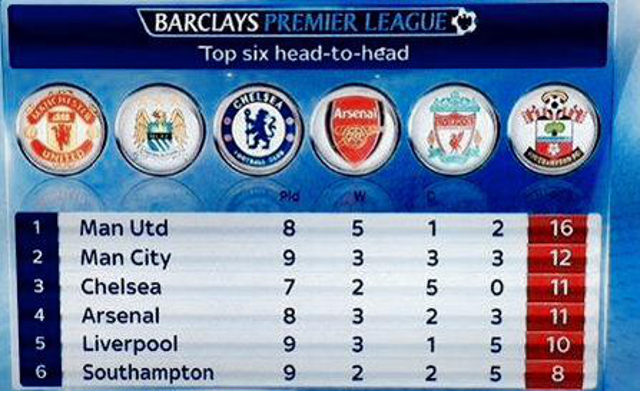