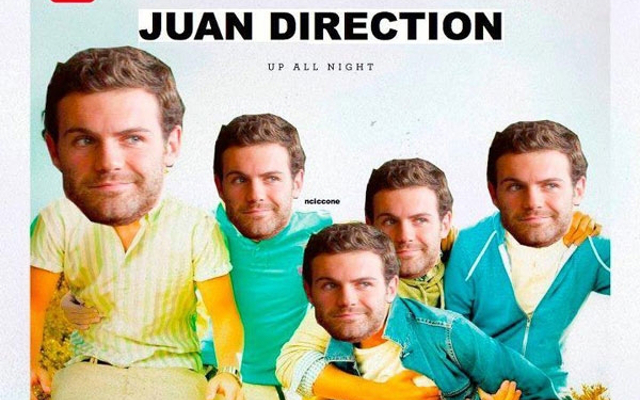 Manchester United star Juan Mata has thanked his team mate Ashley Young for his great performance in the derby match against Manchester City, via his personal blog.

The Red Devils beat their neighbours 4-2 at Old Trafford on Sunday, with Young scoring their first as well as setting up Marouane Fellaini for the second. The win kept them above their local rivals in the Premier League, extending the gap between the two teams to four points.

Mata is happy for the winger, who wasn’t even a regular in the team when Louis van Gaal became manager last summer.

He wrote: “Ashley was decisive to tie the score and also in our second goal, and after that we could control the game and add up three more points that are very important to reach our goal. Perhaps the most remarkable thing, once again, was the character and personality shown by the team after a bad start of the game.”

Perhaps more importantly, the result has heightened the pressure on Citizens manager Manuel Pellegrini. With the team crashing out of the Champions League and ending any chance of winning the top flight in a run of six defeats in eight matches, the Sky Blues hierarchy could well end up losing patience with him.