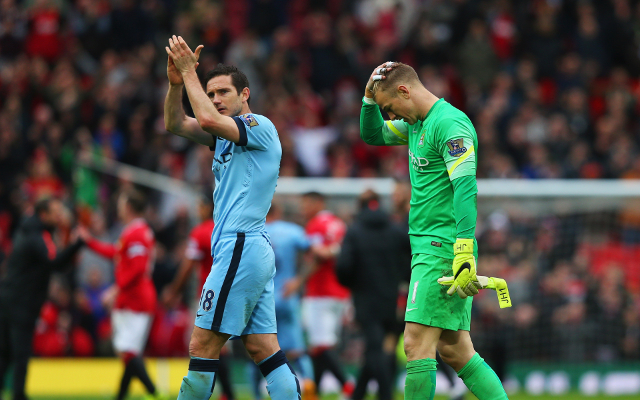 After taking an early lead at Old Trafford, the home said raised their level to completely blitz Manuel Pellegrini’s men who is facing a defining period in his Man City career.

Liverpool, should they defeat Newcastle, will be four points off Man City in fourth place and their hopes of qualifying for the Champions League could be reignited.

“They’ve been a great team, but that team needs breaking up and changing. The criticism I have is for the people at the top, to have that much money and to allow yourself to get into a situation where you might need five or six players to go straight into the team,” Carragher said.

“It’s gone for them now, physically, mentally, every part of the game.”

With the average age of Man City’s squad the highest in the league (via The Telegraph), the club have a massive task on their hands to successfully turn over the squad and aim to challenge for trophies domestically and in Europe next season.