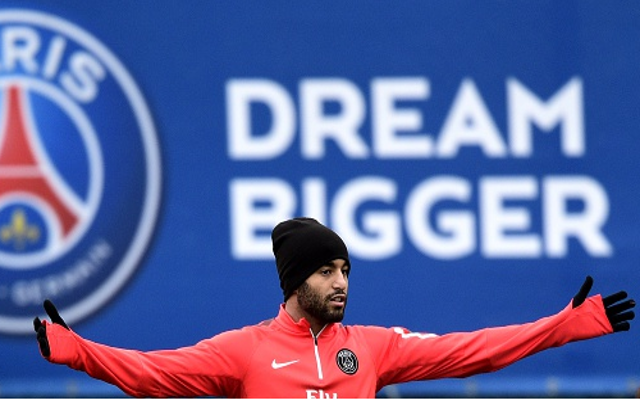 Man United are preparing a possible bid for PSG winger Lucas Moura according to the Metro.

The 22 year old is the middle of ongoing contract talks with his Parc des Princes employers, with both sides some way apart in their respective demands, and this has led to the Old Trafford side taking a keen interest in the Brazilian international.

Lucas Moura moved to the French capital in 2012, with Man United having come close to landing the former Sao Paulo man at the time, and after an up and down start to his career at the Ligue 1 outfit the wide-man has proven more effective of late.

Louis van Gaal’s apparent interest in Moura could well be in relation to the average displays put in by club record signing Angel di Maria since his £59.7m move to Old Trafford last summer.

Moura has demanded a £4.3m a year PSG contract but the big spending French side are only willing to offer £2.8m with his current deal running until 2017.