Joe Hart is still reeling from the 4-2 defeat in the Manchester derby on Sunday and has called on his teammates to regain their top form and ensure they qualify for next season’s Champions League.

The England number one was beaten on four occasions at Old Trafford, and may have felt he could have done a lot better with Marouane Fellaini’s header in which he got a hand to, but failed to keep it out as United went 2-1 ahead after Sergio Aguero’s eighth minute opener.

Further goals from Chris Smalling and Juan Mata completed a miserable day for all connected with the blue half of Manchester, ending a run of four straight victories in derby matches and Hart admits he is hurting from the result:

“That was one of my worst in a Manchester City shirt, definitely.” he told The Telegraph

“It’s hard to take. We’ve won enough of them (derbies) to know how to lose properly, though, and we weren’t good enough after the first 15 minutes.”

“We let ourselves down and we let our supporters down, but there are six games to go now and they are so big for us.” he added. 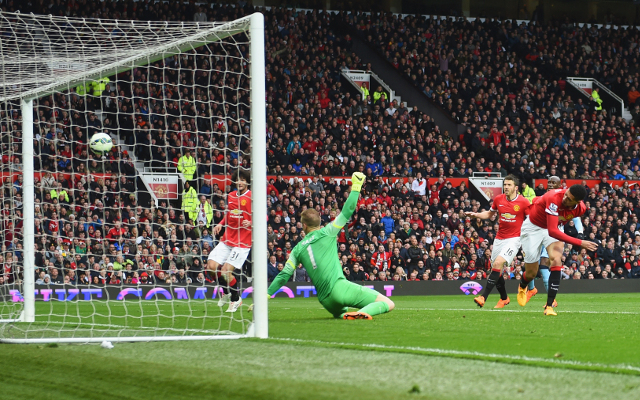 After winning the league last season, it appears any hopes of retaining the title are now over for City and they face the prospect of battling it out with the likes of Liverpool and Southampton just to ensure they finish in the top-four this season.

The derby loss coupled with the result against Palace last Monday leaves City four points behind United in third and Hart insists it’s imperative they finish above their rivals:

“It’s essential to try and finish third. We’ve got to get our heads down and win these massive games.” he explained.