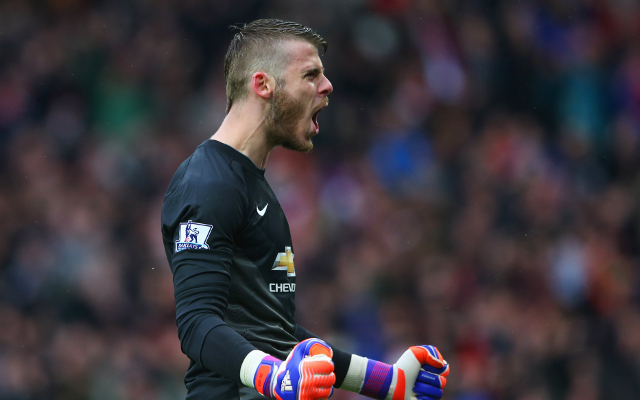 Sky Sports pundit Gary Neville claims that Manchester United should only consider selling David De Gea to Real Madrid if they can land one of Carlo Ancelotti’s superstars in return.

De Gea has been the standout performer in Louis van Gaal’s first season in charge – speaking volumes for the Red Devils’ fragility at the back.

As a result of his stunning displays in goal, the 24-year-old has attracted the interest of Spanish giants Real Madrid, and with the Man United keeper’s contract set to expire at the end of next season, Los Blancos have been rumoured to be planning on making an offer this summer.

But former Manchester United right-back Gary Neville claims that the Premier League giants should only consider selling De Gea if they can land one of Real’s superstars in return.

“If they’re not going to keep him, there’s only one club you can think of that is going to come in for him,” he added.

“United have got to take someone off them.”

With Gareth Bale and Cristiano Ronaldo having been linked to Old Trafford this term (via the Daily Mail), no doubt van Gaal would be tempted if either global superstar is offered by Carlo Ancelotti – even if it comes at the expense of their world-class stopper.