In the midst of Manchester City’s 4-2 humbling at the hands of bitter rivals Man United this afternoon, ex-Red Devils skipper Gary Neville observed: “There are too many weeds in the garden” during his Sky Sports commentary.

The Blues slumped to another damaging defeat as they face up to a scrap to simply secure Champions League qualification, with boss Manuel Pellegrini under intense pressure.

His players’ second-half surrender did nothing to aid his cause, and we predict the four players to whom Neville may have been referring. 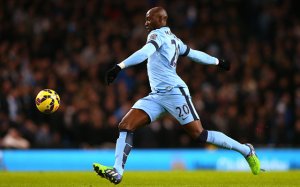 The error-prone centre-half came on as a half-time substitute for the injured Vincent Kompany, and he was at fault for Chris Smalling’s goal, which made it 4-1. Mangala lost concentration and kept several opponents onside when Smalling nodded home.

Mangala has falled woefully short of justifying his £32million price tag, and previous club Porto are presumably laughing all the way to the bank.