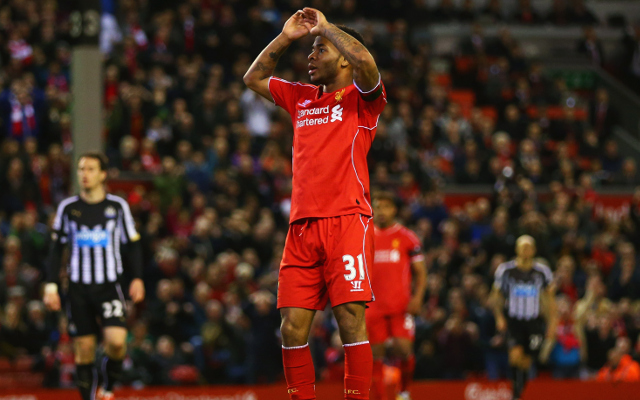 Raheem Sterling appeared to have won some of the Liverpool fans back over after giving the Reds an early lead in their Premier League clash with Newcastle. However, his hard work was quickly undone by a terrible miss in the second-half.

With the scoreline at 1-0, it seemed that with the Magpies starting to get into the game a bit more, the next goal would be crucial. And the 20-year-old was presented with the perfect chance to kill the match off and send Liverpool back to fifth in the table, and within four points of the top four.

A darting run down the right-hand side resulted in an excellent cross from skipper Jordan Henderson that ran across the six-yard box, and teased Tim Krul who decided not come for it. And suddenly it seemed that Sterling would have the opportunity to double the lead and silence his critics when Ryan Taylor failed to deal with the cross. However, somehow the winger could not even find the target.

Has this done enough to undo his hard work for the opening goal?