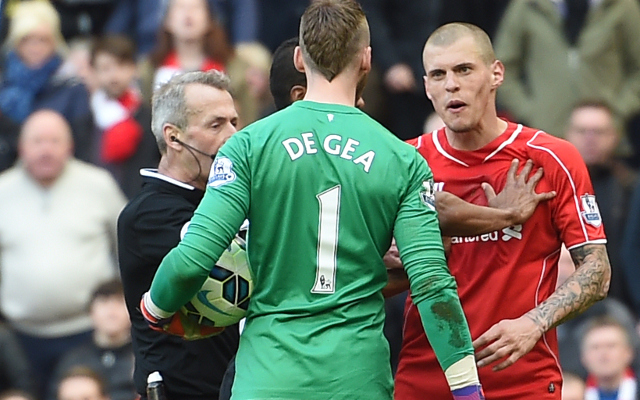 Liverpool defender Martin Skrtel has revealed that boss Brendan Rodgers showed no discipline after the centre-back was banned for stamping on Manchester United goalkeeper David De Gea – instead the Reds boss let him take a holiday during his suspension.

The 30-year-old sunk his studs into the leg of De Gea at the end of March, which was missed by the referee during the game but the FA later found him guilty for violent conduct – and it seems the suspension wasn’t so bad for Skrtel.

The Slovakia international revealed that he asked Rodgers if he could have some extra time off with his family while he served his three-game ban – and the Liverpool manager had no problems with the defender relaxing.

“When I learned that I would not play three games, I asked Mr. Rodgers for a few more days off to spend more time with my family in Slovakia. I was very happy that he agreed,” as quoted by the Daily Star.

“I wasn’t sitting on my butt for eight days. I was in a gym every day and I did my best to come to England in good condition.”

As a result of the suspension, Skrtel missed the embarrassing 4-1 defeat to Arsenal, as well as the the FA Cup quarter-final replay victory against Blackburn Rovers, and served the final game of his three match suspension on Monday night, as the Reds beat Newcastle United.