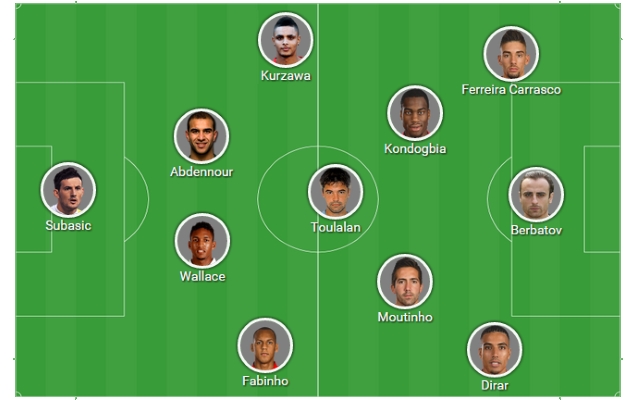 AS Monaco travel to Turin on Tuesday evening for the first leg of their Champions League quarter-final against Juventus.

Leonardo Jardim’s side advanced to the last eight after besting Arsenal on away goals following a 3-3 draw in the Last 16, although they will be considered outsiders against the Italian giants.

Juventus ousted Borussia Dortmund in the Round of 16 and will be looking to put themselves in a strong position with a first-leg victory.

Dimitar Berbatov will lead the line for the Club of the Principality. The Bulgarian may be a little past his best, but he has been rested from league competition in recent weeks in preparation for this match and will be raring to give his all in perhaps one of his final showpiece outings with the club.

He will be supported by Nabil Dirar and Yannick Ferreira Carrasco, an excellent attacking threat.

Jeremy Toulalan was taken off with injury against Stade Malherbe Caen, but he has subsequently trained and is believed to be in contention for a starting berth. Toulalan’s poise will be complimented by the power and dynamism of Geoffrey Kondogbia-to his left-and the passing expertise of Joao Moutinho to his right.

In defence, Ricardo Carvalho was also injured against Caen, and like Toulalan, remains a doubt.

Should he be unable to compete, expect a defence of Aymen Abdennour and Wallace. Layvin Kurzawa will provide width and attacking energy on the left while Fabinho is a slightly more conservative option on the opposite flank.

In goal, Danijel Subasic will continue between the sticks, keeping Martin Stekelenburg on the bench.