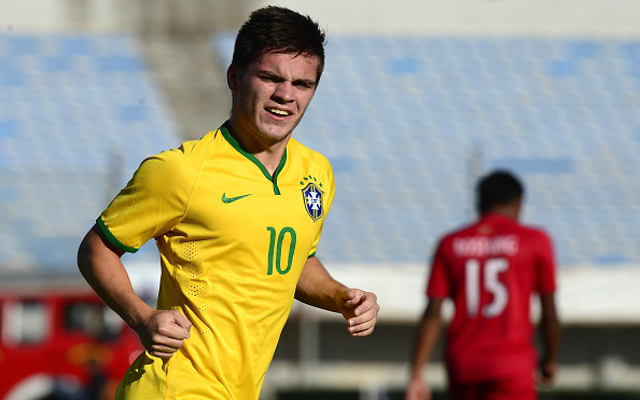 Chelsea are edging closer to completing the signing of young Brazilian Nathan with the Metro claiming the teenager is set to undergo his medical with the west London side.

The 19 year old looks set to be the latest member of Jose Mourinho’s ever increasing Brazilian contingent with Chelsea looking to bring in the teenager on a £4.7m deal from Atletico Paranaense.

Nathan has arrived in London and will be put through his paces by the Stamford Bridge side and will hope that the young playmaker, who can also play in a wide berth, will deliver the goods.

Chelsea is already home to Brazilian talents Oscar, Ramires, Willian and Felipe Luis whilst young Samba stars Wallace and Lucas Piazon are currently on loan deals away from the Premier League table toppers.