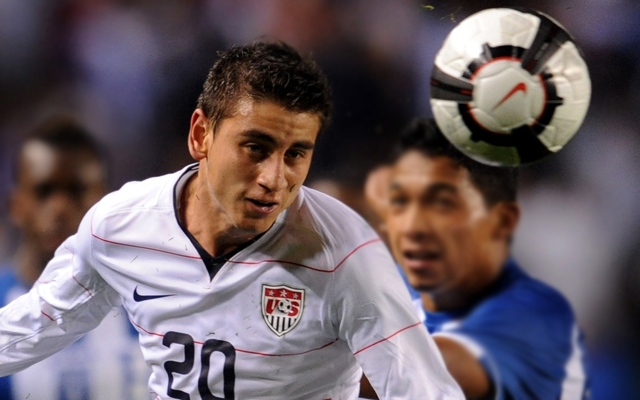 After some doubt earlier in the day, it now appears as though the friendly between the United States and Mexico will go ahead.

The groundskeepers have been working hard to get the pitch to a playable level after the Mexican squad was forced to move their training to a local university earlier this morning.
Now the USA side have been training on the Alamodome field in San Antonio, and pictures have started emerging of the playing surface which as caused so much controversy. The Americans have played down the state of the pitch, but the images tell a different story.

Mexico have already named their starting eleven, while the US are expected to announce theirs tomorrow morning.

You can see some of the images of the controversial ground from the Tweets and images below:

The pitch inside the Alamodome for USA vs. Mexico. pic.twitter.com/eziEat2Pzb

And the USMNT training begins. pic.twitter.com/T67bZPPWBY

How is the field? Will it be a concern for @miseleccionmx pic.twitter.com/P7zEYCsp1t

The playing surface at the Alamodome. Not exactly pristine. Looks better suited for the inside of a sketchy van: pic.twitter.com/x3pLDNYyMz