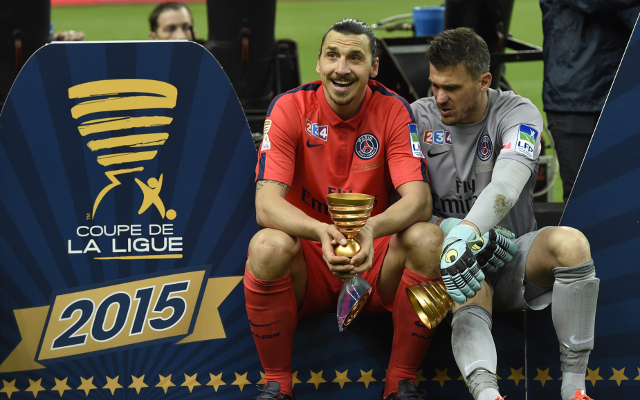 Liverpool have reportedly been given a real boost in their apparent pursuit of PSG superstar Zlatan Ibrahimovic according to the Metro.

This source claims that quotes made by the Ligue 1 side’s owner Nasser Al-Khelaifi in relation to his desire to keep Edinson Cavani heighten the prospect of the 33 year old Swedish international being sold this summer.

‘Edinson Cavani is a player I really like,’ Al-Khelaifi told Le Parisien.

‘I can tell you that he is very much with us, and the question of his departure has not arisen. Paris loves him and he loves Paris.’

Brendan Rodgers could certainly do with a fresh attacking option given that last summer’s signings Mario Balotelli and Rickie Lambert have both fails to deliver the goods this term but quite how this would mean the Anfield side could expect to land Ibrahimovic is hard to fathom.

The former Ajax, Juventus, Barcelona, Inter Milan and AC Milan star has proven a massive hit since moving to the French capital, bagging 104 goals in 122 appearances since his move to the Parc des Princes in July 2012.

Any hope Liverpool would have of signing the veteran forward, who the Metro claims could be available for as little as £18.1m, would have to rest on the Merseyside outfit securing a Champions League berth for next term.