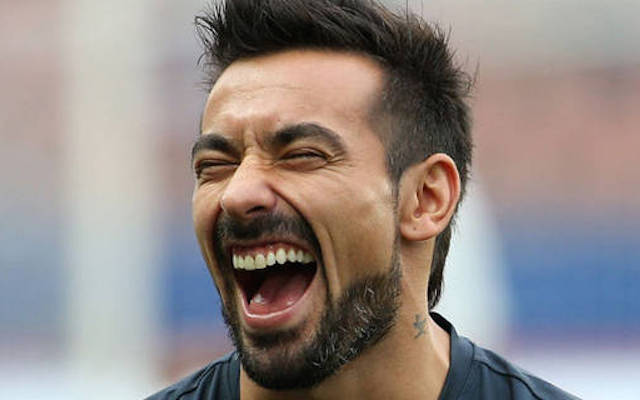 Liverpool have been encouraged in their interest of Ezequiel Lavezzi after Paris Saint-Germain revised their asking price for the forward.

PSG had previously intimated that they would only accept an offer of 15 million euros, but according to Le Parisien [via CalcioNews24], they have dropped their asking price to 10 million euros as the season’s end approaches.

Liverpool were linked with a move for the Argentine striker in January, but despite appearing close to a £14 million deal, according to the Express, they were unable to secure a move.

The club’s striking concerns this season, following Luis Suarez’s departure and the injury problems of Daniel Sturridge, have been well-documented and Lavezzi has been presented as something of an antidote to their offensive struggles.

Liverpool may well opt to rekindle their interest in the former Napoli man this summer in the knowledge that they will have to part ways with less cash to get their man.

Liverpool are also set to welcome Divock Origi, currently on loan at LOSC Lille, to the club at the end of the season, but may be concerned by his underwhelming scoring record this term.