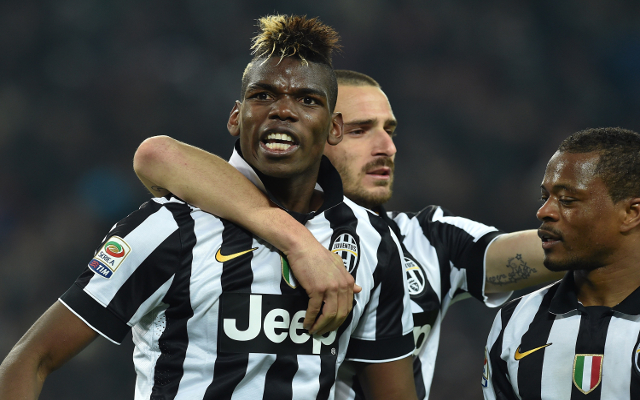 Man United have reportedly launched a massive offer for Juventus star Paul Pogba according to the Metro.

The Old Trafford side allowed the talented young Frenchman to leave the club back in 2012 and appear keen to rectify this mistake with Louis van Gaal mounting a big bid for the Turin based midfielder.

The Metro claim that both Chelsea and Arsenal are also keen on Pogba but Man United’s offer of £54m plus forward Robin van Persie may just tempt Juventus into selling their prized asset.

Van Gaal has seen his fellow countryman Robin van Persie struggle with form and fitness this season and will have noted his side’s run of fine form without the former Arsenal man, hence his apparent willingness to use the experienced Dutch international as bait in pursuit of Pogba.

The Metro claims that European giants Real Madrid, Barcelona and PSG are also looking to land Pogba but perhaps the chance to prove himself at Man United will work in the Premier League side’s favour.

Pogba has made 122 appearances in his three seasons at Juventus and is likely to secure his third Serie A title this term, though is currently sidelined with a hamstring injury.