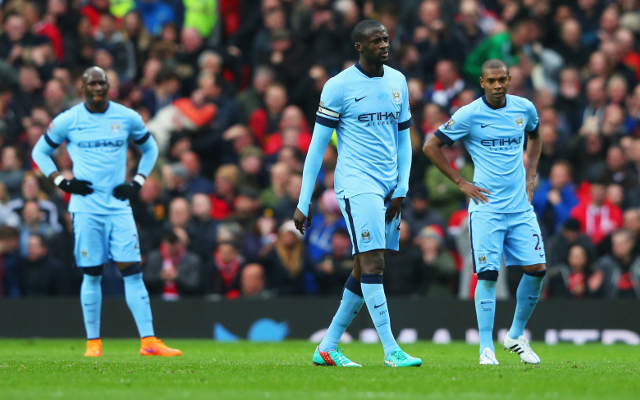 Manchester City look set to respond to their recent poor form by clearing out much of the squad that helped them to two Premier League titles.

According to the Daily Mail, the club will listen to offers for both Yaya Toure and Samir Nasri at the end of the season, and will also not stand in the way should Aleksandar Kolarov and Edin Dzeko decide to move on.

The news highlights that the final embers of the love affair between City and their former talisman Toure have well and truly died out. The Ivorian was once the spearhead of the powerful frontline, and could decimate any team in the Premier League with his skill and determination.

However, his unhappiness has been brewing ever since last summer when he became upset that his birthday was seemingly neglected by the club. And this year, he has been a shell of his former self, arguably reflecting Manuel Pellegrini’s side’s feeble attempt at retaining their title. City have reportedly realised that at 31, they may not have another chance to cash in on Toure. A reunion with Roberto Mancini at Inter Milan now seems a possible destination for the midfielder.

Meanwhile, the Mail also suggest that they are resigned to losing James Milner, who is out of contract in the summer.