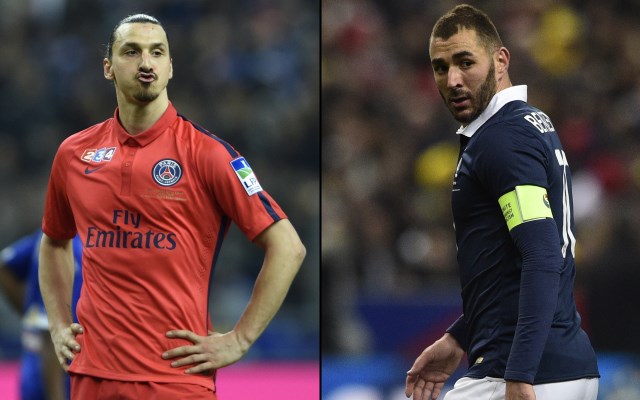 Paris Saint-Germain are rumoured to be lining up Real Madrid striker Karim Benzema as a potential replacement for Zlatan Ibrahimovic.

The Swedish superstar has a contract at the Parc des Princes taking him up to 2016, but he will turn 34 later this year and is unlikely to be able to compete at the elite level PSG expect for too much longer.

In just under three seasons in Paris, Zlatan has already emerged as one of the most important players in the club’s history.

He has won two Trophees des champions, two Coupe de la Ligues, and will be hoping to add the Coupe de France and the Champions League to his palmares before the season is up.

Zlatan also looks like a decent bet to win his third Ligue 1 title.

However, according to Le Foot Gazette des Transfers, PSG are already making plans for life after Ibra, and have identified Real Madrid’s Benzema as the ideal replacement.

The France international is under contract until 2019 at the Bernabeu and is believed to possess the kind of profile that could take PSG to the next level.