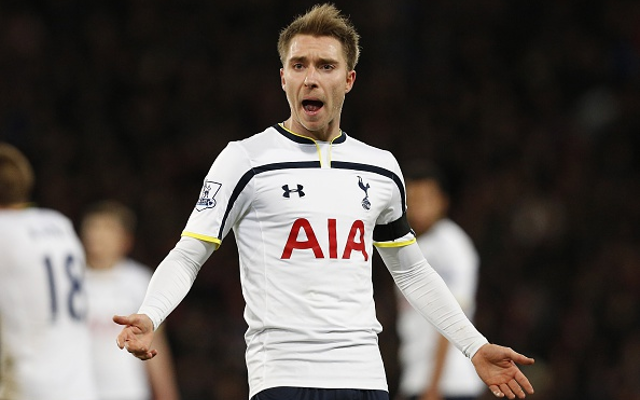 Paris Saint-Germain are likely to end up frustrated in their desire to recruit Tottenham Hotspur playmaker Christian Eriksen this summer.

PSG have been tracking Eriksen for the last two seasons and were hoping to use the promise of Champions League football to lure him to the Parc des Princes this summer.

Spurs are set to once again fall short of qualification for the premier continental club competition this summer as, with only six games to play, they sit seven points behind fourth-place Manchester City. The club have taken only one point from their last two matches—against relegation strugglers Burnley and Aston Villa.

According to Le Foot Gazette des Transfers, PSG were hoping to profit from Spurs’ latest disappointment to attract one of their brightest stars to the Parc des Princes.

However, Laurent Blanc’s side are set to be disappointed, with Eriksen keen to continue his career in London.