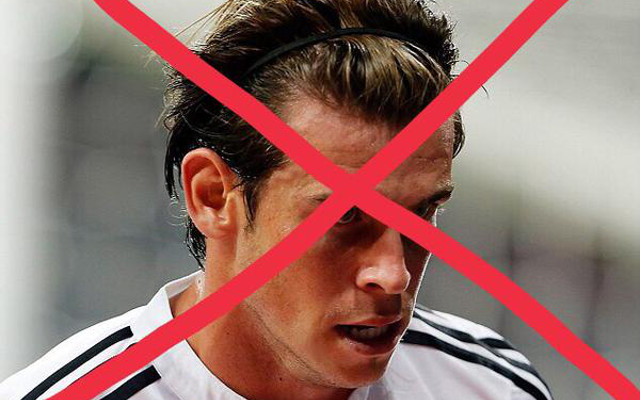 One unhappy Real Madrid supporter has started a campaign on Twitter to get under-fire superstar Gareth Bale dropped to the bench using the hashtag #BenchBale.

Despite the anger of the Real fans towards the Wales international having subsided in the last month, it seems that one Real supporter still isn’t pleased with the 25-year-old, and wants Carlo Ancelotti to drop the forward.

Twitter user Ahmed Gazarin has encouraged all of the Spanish giants’ supporters to change their display picture to an anti-Gareth Bale image, and has started the trend #BenchBale.

Here’s what he tweeted:

If you’re a Madrid fan please change your avi to this to support The #BenchBale Campaign, enough is enough. pic.twitter.com/LsEvegsCJ2

The Welsh wizard has spent much of the campaign on the receiving end of boos from the Real faithful for perceived poor performances. His lowest point came when, according to the Daily Mail, the winger was called an ‘a******e’ and a ‘prostitute’ after his side’s Champions League defeat to Schalke.

Bale has scored 17 times and provided a further eight assists in all competitions so far in his second season with the La Liga giants, but with Cristiano Ronaldo to compete with – standards are very high at the Santiago Bernabeu.