A look at what Sevilla’s lineup could’ve been today if they’d kept all their best players in recent times, with many of their stars going on to become big names at the likes of Real Madrid, Barcelona and Manchester City…

A fine goalkeeper who impressed at Sevilla before joining Real Madrid, Diego Lopez is now in Serie A with AC Milan.

One of the finest right-backs of the last decade or so, Dani Alves has become something of a club legend at Barcelona since leaving Sevilla in 2008, winning a whole host of honours at the Nou Camp.

A terrific prospect at Liverpool, Alberto Moreno left Sevilla last summer to become another big name departure from the club.

Having left Sevilla at a young age, Sergio Ramos has since become one of the finest defenders of his generation, winning all there is to win in the game with Real Madrid and the Spanish national team. 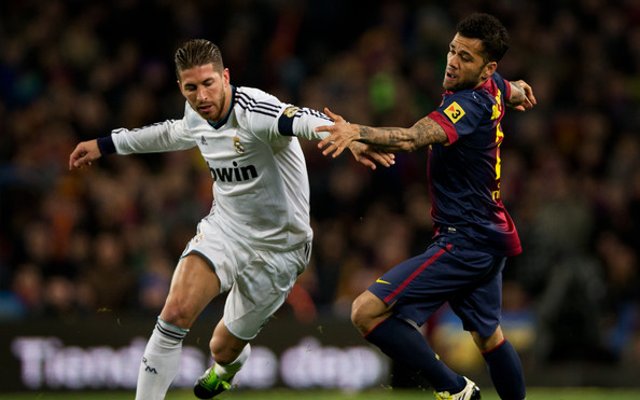