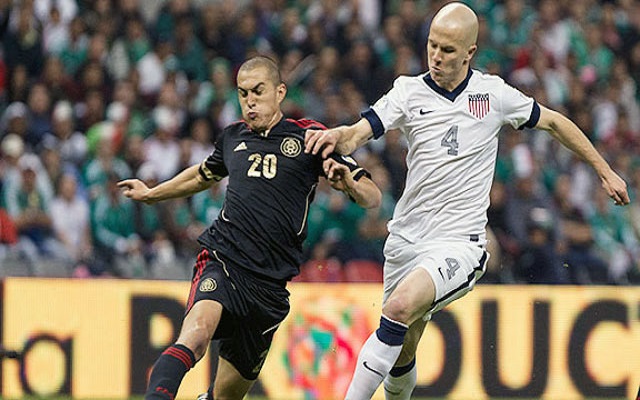 Several media reports in both Mexico and the United States are suggesting tomorrow night’s friendly between the two CONCACAF giants could be cancelled over the state of the pitch in San Antonio.

Outlets such as NBC and MedioTiempo are claiming that the shocking condition of temporary grass that’s been laid in the Alamodome stadium in Texas could thwart the much anticipated game.

The Mexico squad were unable to train today due to the state of the surface and were instead forced to decamp and use a local university’s facilities.

They have warned groundskeepers at the stadium that the pitch, which was laid over concrete, needs to improve dramatically before tomorrow night. The President of the Mexican Soccer Federation, Hector Gonzalez Inarritu, has been openly talking about refusing to play if the situation cannot be solved.

Mexico would not face any FIFA sanction for refusing to play, with the game being organised outside the official FIFA dates and thus outside the governing body’s jurisdiction.