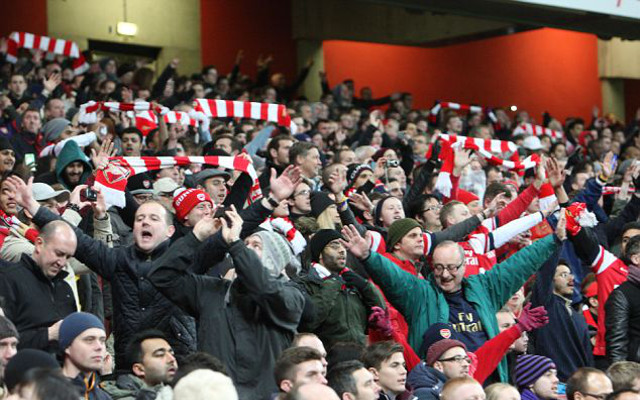 The Barclays Premier League title will be back in London for the very first time since 2010, but while many believe it’s heading to Chelsea, one Arsenal fan insists the crown is on it’s way to North London instead.

After Chelsea’s late show against local rivals Queens Park Rangers on Sunday, they remain seven points clear at the top of the table and need 12 points from their last seven games to clinch the title.

Arsenal’s eight game winning streak in the league has seen them climb into second place and look ready to capitalise along with Manchester United, should the Blues stumble at any point between now and the end of the season.

But one Gunners supporter has already mapped out that the Blues will drop points against United, Arsenal, Liverpool and Crystal Palace in an amazing scenario which would eventually see his team crowned champions of England on the last day of the season.

Check out the video with ArsenalFanTV below: