Juventus will take a one goal lead into their Champions League second leg against AS Monaco next week, thanks to a Arturo Vidal penalty at the Juventus Stadium on Tuesday night.

After being frustrated by a stubborn Monaco side for the majority of the game, Vidal struck the all important goal from the spot after 57 minutes to hand the Italians the all important advantage ahead of the return leg a week on Wednesday. 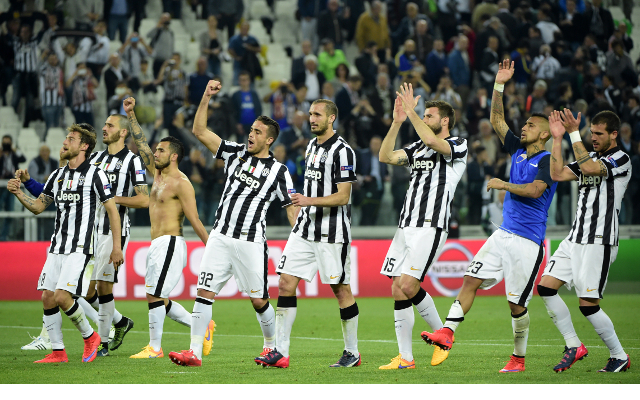 The hosts were boosted by the return of influential duo Carlos Tevez and Andrea Pirlo, the latter was making his first appearance since the last 16 first leg tie against Borussia Dortmund back in February.

Meanwhile the French side were without key midfielder Jeremy Toulalan after he picked up an injury in the league fixture against Caen last weekend.

Both sides each had early chances to take the lead, firstly Alvaro Morata blasted over from close range for the home side after being picked out by a delicious pass from Pirlo.

Then at the other end, Yannick Ferriera Carrasco spurned an even better opportunity, as he shot straight at Gianluigi Buffon, when if he had placed his effort either side of the Italian goalkeeper then the Ligue 1 side would surely have been one-nil to the good.

Juve top scorer Tevez missed a guilt edged chance to break the deadlock just before the half-hour mark, but he shot straight at Danijel Subasic despite being left free at the back post.

Moments before the interval Vidal found himself in acres of space and with just the keeper to beat, but he curled his shot well wide of the target and hit the ground afterwards to convey his frustration.

But 10 minutes into the second half, the Chilean was able to make amends and give the Old Lady the lead from the penalty spot after Morata was tripped in the area by former Chelsea defender Ricardo Carvalho.

Although the awarding of the spot-kick was controversial as it appears initial contact happened outside the box and the Monaco defender could have also seen red as he was the last man.

Former Manchester United and Tottenham striker Dimitar Berbatov almost made an immediate impact from the bench with his very first touch, but he glanced his free header wide of the post and that was the closest the visitors came to clinching an away goal.

The teams will reconvene next week at the Stade Louis II stadium with a place in the semi-final up for grabs and the Old Lady are in the driving seat.