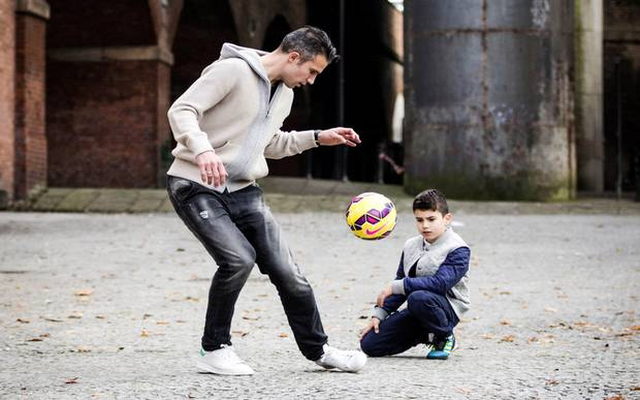 Manchester United striker Robin van Persie is blessed with very visible talents and it seems as though it runs in the genes with son Shaqueel showing off his own repertoire of skills via the Dutchman’s Instagram account.

Currently recovering from an ankle injury, Van Persie showed off his son’s silky skills to his 1.8 million followers but Man United fans won’t be pleased to know that eight year-old Shaqueel isn’t registered to the club’s academy.

Instead, Van Persie has chosen for his son to join rivals Manchester City, according to the Daily Mail, and judging by this clip, the Red Devils could be missing out on a prestigious talent.

As for the Dutch star, his Old Trafford future is far from certain and talk of a move to Italian giants Inter Milan persists (via the Daily Mail), which may not be in the best interests of Van Persie’s family.

When he made the decision to leave Arsenal, Van Persie certainly would have been offered propositions from abroad but chose to remain in England and it is difficult to see him leaving the country at this stage of his career.

Check out Shaqueel’s cheeky skill and celebration below: