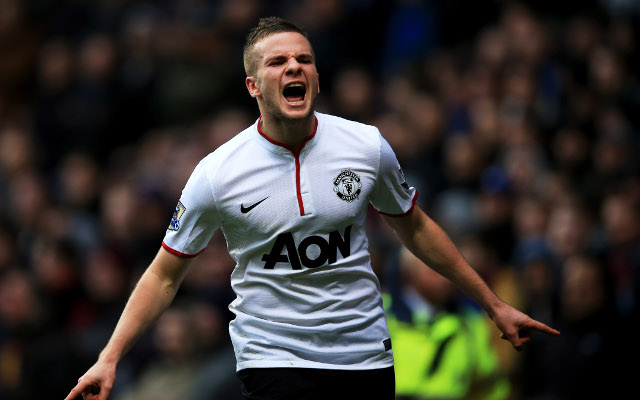 The midfielder joined the Red Devils at the ripe age of 11, but his career at Old Trafford is seemingly over almost fifteen years later, with his contract set to expire at the end of the current campaign, and no new deal forthcoming.

The England international was forced out of Manchester United at the beginning of the campaign following the arrival of Louis van Gaal and his new signings: Ander Herrera, Angel Di Maria, Daley Blind, Luke Shaw and Radamel Falcao – who all pushed the 25-year-old down the Red Devils’ pecking order.

According to Sky Sports, there are five Premier League clubs eager to sign the free agent at the end of the season: Aston Villa, Everton, Tottenham Hotspur, West Ham United, and Arsenal are all debating tabling an offer.

What’s more, Sky Sources also claim that Cleverley has had already received two formal offers from Italy, one from Spain, and another from German outfit Schalke.