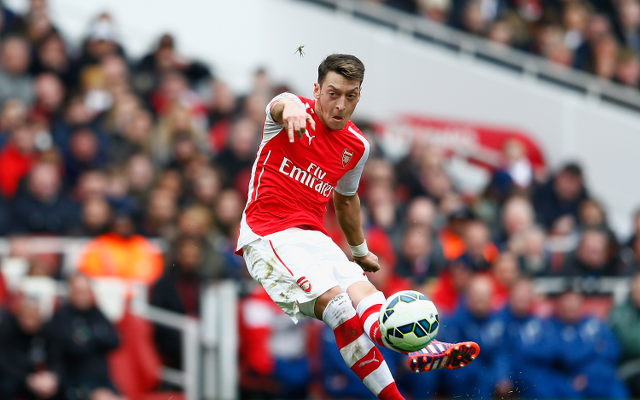 Arsenal legend Jens Lehmann has challenged compatriot Mesut Ozil to produce more match-winning moments in the big games with the playmaker enjoying his best form since the record-breaking move from Real Madrid, The Evening Standard reports.

Ozil’s free-kick against Liverpool was the only time he has delivered a piece of magic in a truly big occasion and Lehmann wants more of that from the World Cup winner.

Ever the perfectionist, Arsenal’s invincible ‘keeper insists that Arsene Wenger bought Ozil to deliver trophies domestically and in Europe.

“Arsenal bought him to win championships nationally and internationally,” Lehman was quoted as saying.

“That should be his goal. He can’t do that on his own but he should be the one making the difference in big games, he’s got the potential but has to show it.”

Scoring three goals and assisting four in his last nine has confirmed Ozil’s return to form and he looks intent on succeeding in England after using his three-month injury lay-off to bulk up.

The rewards are evident and coupled with Wenger’s decision to play him in his preferred position, Ozil has been a driving force in the Gunners impeccable recent eight game winning run.