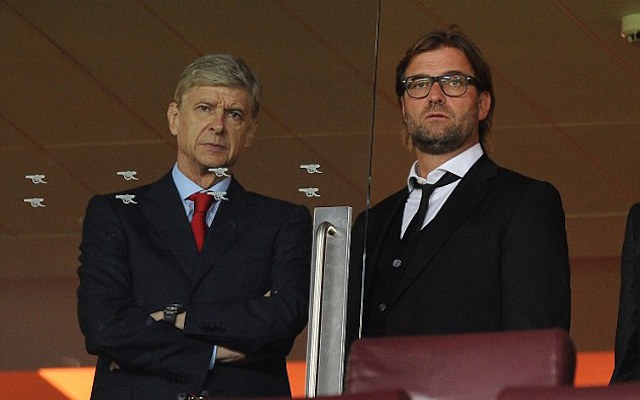 Arsenal have responded quickly to the suggestion that outgoing Borussia Dortmund boss Jurgen Klopp could replace Arsene Wenger as the club’s manager and ruled out any potential  move for the German.

Wenger currently has two years left on a three-year deal signed just last summer, but that didn’t stop suggestions the club could oust their longest serving manager in favour of the newly available Klopp.

For some time the 47-year-old has been seen as a natural successor to the Gunners boss, however, The Daily Telegraph say the timing of his BVB departure will likely scupper any prospect of Arsenal acquiring his services.

It’s widely believed it will be Wenger – rather than the club – who will decide if and when he leaves North London. And whilst Arsenal have given thought to how they will handle the Frenchman’s succession, this is only on the periphery of plans at the moment, with the club clear they will not need to fine tune this for at least several seasons more.

The club’s hierarchy have considerable optimism for the future, and do not question the success Wenger can bring. They believe, as The Daily Telegraph says, that he “is as committed, focused and driven as ever”.

And as if to emphasise that point, the report goes on to reveal the club’s summer transfer plans, claiming a holding midfielder, defender, and perhaps a goalkeeper will top the club’s list of priority signings.