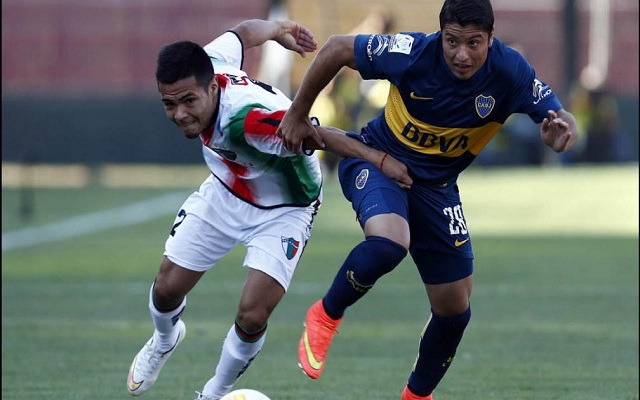 Boca Juniors will play against Palestinio in the Copa Libertadores in their final group game on Thursday.

Having won all five games so far, boss Rodolfo Arruabarrena told Canchallena that he will make ten changes and that only Marcelo Meli will keep his place in the team.

The changes will be: Orion for Guillermo Sara, Marin for Gino Peruzzi, Komar for Daniel Diaz, Burdisso for Marco Torsiglieri, Monzon for Nicolas Colazo, Cubas for Pablo Perez, Cristaldo for Nicolas Lodeiro, Martinez for Cristian Pavon, Calleri for Daniel Osvaldo, and Chavez for Federico Carrizo.

The only reason Meli keeps his place is because next Sunday he will not play against Lanus; he has already accumulated four yellow cards and one more would rule him out the SuperClasico against River the following week.

Cubas, who has not played since February 22th in the game agaisnt Temperley, will return to the eleven after recovering from an injury. Fernando Gago, who has also recovered after an injury he sustained on March 14th against Defensa y Justicia, may make an appearance in the second half.