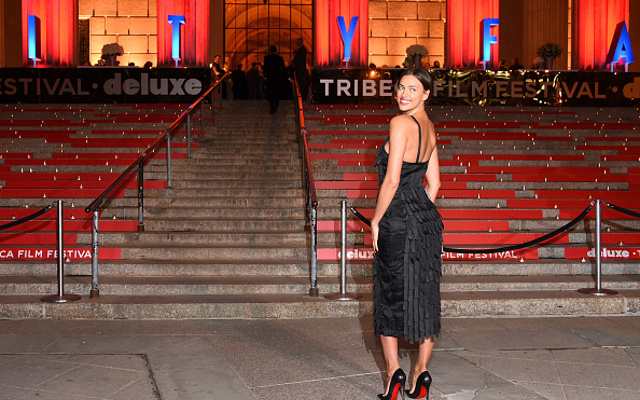 Sports Illustrated model Irina Shayk dazzled onlookers when she stepped out in a revealing dress at a Vanity Fair bash.

The 29-year-old beauty, who according to the Daily Mail had only just returned from a luxurious holiday in Mexico, was more than happy to show off her tan in a low-cut dress which showed off sideboob and a considerable amount of leg.

She was one of a number of models present at the Vanity Fair 2015 Tribeca Film Festival party, where the likes of Joan Smalls, Constance Jablonski and Lindsay Ellingson took in the festivities.

Russian stunner Irina appeared in the Sports Illustrated Swimsuit Issue between 2007 and 2014, and was famously the cover model in the 2011 edition.

She made her acting debut as Megara in Hercules last year, alongside Dwayne Johnson.

The model is also known for being in a long-term relationship with Real Madrid and Portugal star Cristiano Ronaldo, until they parted ways earlier this year.

The split, which took place towards the end of January, is said to have been on mutual terms. Irina has dated but is not thought to have entered a serious relationship with anyone since then.

Judging by her latest outing, there will be no shortage of takers!