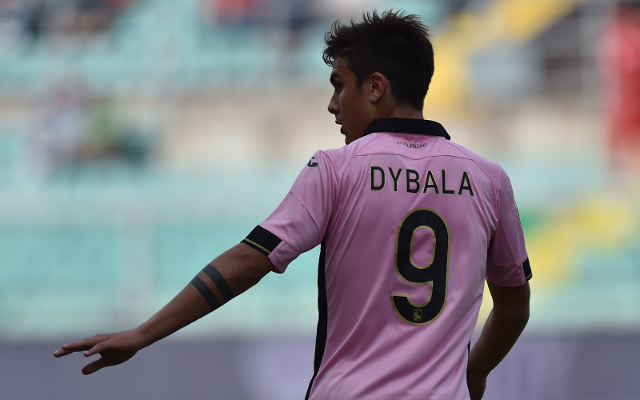 Juventus have leapfrogged Arsenal and Manchester United in the chase for in-demand Palermo striker Paulo Dybala, with a meeting between the two Serie A outfits set to take place very soon.

Palermo president Maurizio Zamparini delivered a crushing blow to Manchester United and Arsenal last week, when he revealed (via Football Italia) that Juventus were close to completing a deal for the Argentine – although they were yet to table a bid high enough.

Zamparini said, “They [Juventus] want to close the deal in a week. But, of course, I want the best possible deal. Dybala is being auctioned.

The latest reports, from the Daily Express, now claim that Juve’s transfer chief Giuseppe Marotta is preparing to table a new offer of €25m plus either Edoardo Goldaniga or Kingsley Coman in a player plus cash swap deal for the forward.

The move could now be close to completion – with a meeting between Palermo owner and Juventus set to take place between Wednesday and Friday.

The 21-year-old has scored 13 Serie A goals in 28 appearances so far this season – level with Napoli and former Real Madrid forward Gonzalo Higuain – and has set up a further nine. His performances have unsurprisingly caught the eye of a number of top clubs across Europe, but he looks set.