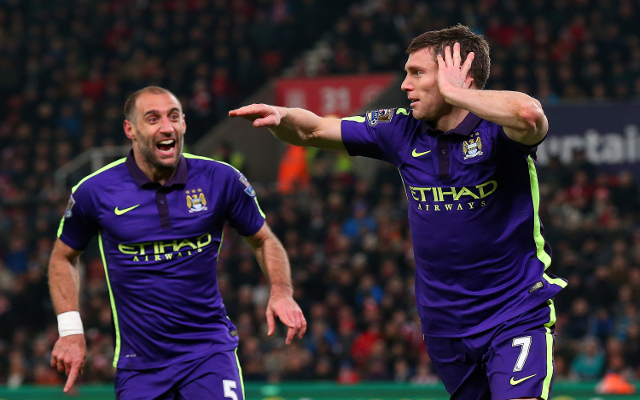 Arsenal appear to have won the race to sign Manchester City midfielder James Milner, according to reports in The Sun.

The England midfielder’s contract at the Etihad Stadium is due to expire at the end of the season and it looks as if he has chosen to make the move to North London on a free transfer.

Premier League rivals Liverpool have been credited with an interest in the utility man as they look to strengthen their side, while he has stalled on the new deal that City have offered.

Milner signed for the Manchester outfit from Aston Villa for £26m (via BBC) in August 2010, but has never really been able to nail down a regular spot in the starting line-up.

Should the 29-year-old join the Gunners, it will be interesting to see if he would be guaranteed a place in his favoured midfield position at the Emirates Stadium given the plethora of options that Arsene Wenger has in that area.

The French manager reportedly rates Milner as one of the best players in the league and was linked with a move last summer.