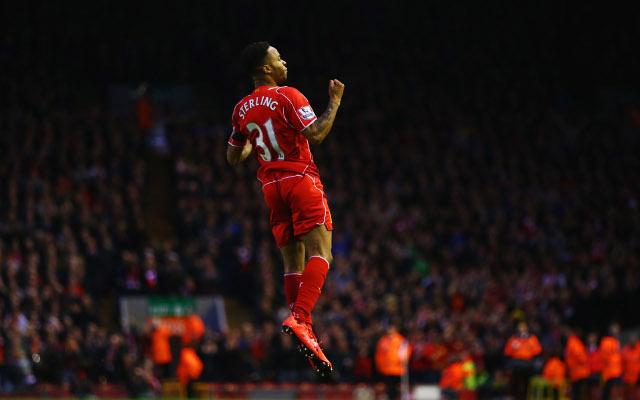 Manchester City are prepared to part with a mega sum of money to land unsettled Liverpool winger Raheem Sterling in the summer – and could pay as much as an astonishing £50m for his signature.

The Liverpool forward reportedly tops the transfer wish-list of the Citizens, as they are in desperate need of increasing the number of homegrown players in the first-team – and have thus earmarked Sterling as their number one target at the end of the campaign.

The reigning Premier League champions will, according to the Daily Mail, make a move for the England international the moment the summer transfer window opens; as they plan to waste no time in adding to their world-class squad.

Manuel Pellegrini’s men have been hugely underwhelming in the second half of the season having drifted from joint-top of the league over the festive period to fourth place, and as such the blockbuster signing of Sterling would be a significant message of intent for the following campaign.

Nonetheless, while City can no doubt afford the Reds’ asking price of £50m – the biggest snag for the club is likely to concern Financial Fair Play rules, and Liverpool will demand a cash fee, rather than any potential swap deal.